A rising demand for Web-based music access has heralded seismic change in the online music sharing world since the landmark debacle of Napster. Via WQXR, read more

London’s Royal Opera House has teamed up with a developer of 3D movie technology to offer a new 3D film version of Carmen, screening worldwide all this month. Via WQXR, read more

Striking musicians with the Detroit Symphony Orchestra say they’ll return to work without a contract. Cellist and spokesman Haden McKay says the issues will be worked out through binding arbitration, after a contentious, nearly five-month strike. Via WQXR, read more

In the latest twist in the Detroit Symphony Orchestra strike, the full percussion section has announced their departure. Via WQXR, read more

A new bill now in committee seeks to install speakers piping out classical music in some of the city’s most troubled transportation hubs. Via WQXR, read more

The beleaguered company has ground to a near complete halt in a battle described by the Detroit Free Pressas “the most contentious, knock-down-drag-out labor dispute at a major American symphony in a generation.” Via WQXR, read more

Frédéric Chopin suffered from grave illness toward the end of his short life. “I have been sick as a dog during these past two weeks,” the composer reportedly said during a particularly difficult period in 1838. “Three doctors have visited me. The first said I was going to die; the second said I was breathing my last; and the third said I was already dead.” Via WQXR, read more 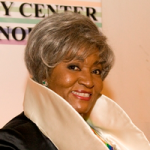 In this 2002 interview, The Vocal Scene host George Jellinek sits down with star mezzo-soprano (and sometimes soprano) Grace Bumbry. Via WQXR, read more